Home / Excerpt from The Light

The Final Installment in The Invasion Trilogy

The old man lay tucked into thick grass, his eye glued to the scope with a clear sight of the roadblock. He was in an elevated position and less than five hundred meters from the target; they would take several down before they had to withdraw back into the woods. Even if they did not kill them all, it was enough to slow them down, and that was their main objective—to disrupt the enemy movement.

A single alien vehicle blocked the intersection; two red sleeves in front, another behind it, one sticking out of the armored turret. The back of the carrier jostled and a ramp dropped, more alien soldiers exiting and moving into the grass alongside the carrier. The ear tickling vibrations stopped as their vehicle shut down and settled onto the surface of the road. These things were settling in for a long shift.

Clem grinned. Excited at the prospects in front of him, he let his hand move to the top of his scope and turned a dial, illuminating a red dot. He steadied the .308 bolt-action rifle and focused on the alien in the turret. He knew more of Matt’s soldiers would be farther up the trail, setting improvised explosive devices on the road leading back to the alien base. If these ones called for help, there would be a surprise for any quick reaction force. They were ready to take the fight back to the enemy. Clem turned his wrist and looked at his watch, almost noon. Almost time to begin.

His spotter lay positioned just behind him to his right. He was behind the stock of a M240B machine gun fitted with a long range scope—a gift from the stores at Emmerson’s ridge. “What is it?” Clem asked.

“We got civvies on the road, moving this way.”

Clem took his eye from the scope and squinted into the bright sunlight. He spotted a group of refugees; women and children carrying heavy bags, one with a suitcase on rollers. A sight right out of the Third World. He used his scope to get a better view. Panning left and right, he could only see women; two walked out in front of the others—an elderly woman and a short heavyset woman wrapped in blankets.

The two red-sleeved soldiers at the front of the convoy spread out on the road, watching the approaching mass. One turned back, signaling the alien in the turret. A short moment later, a gold sleeve exited the back of the vehicle and joined them on the road. The creature made its way to the front, anticipating, almost welcoming, the approaching civilians.

“Looks like it. Your call, what do you want to do?”

“I’m hungry, but I’m not eager to take down friendlies in the crossfire,” Clem said. “Let’s see how this plays out.”

As the civilians drew closer, the gold sleeve stopped and allowed the Reds to move into position. Clem watched as the Gold opened its arms in a welcoming gesture, waving the women forward, at the same time signaling for the Reds to back away. The guards complied and took a step back, lowering their battle rifles. The civilians hesitated, but continued their match forward.

The Gold slowly approached, her arms outstretched, palms open. A female at the lead of the group stepped forward and stopped when the alien raised her hand. She approached the female and placed a reflective cap atop her head. Almost instantly, the female knelt down to the surface of the road. The Gold nodded and reached into a pouch, retrieving another bowl. It looked up to the next female and waved her forward—he heavyset woman draped in blankets. Two teenaged girls followed close behind, flanking the blanketed woman on both sides.

“I don’t like this. I think I’ll put a bullet in that little one handing out Yakamas,” Clem whispered, allowing the red dot to pan and settle center on the back of the gold-sleeved alien.

Before Masterson could respond, the large woman pulled the blanket aside, revealing a snub-nosed revolver. Time seemed to slow as Clem watched the woman’s arm extend out, inches from the gold-sleeved alien’s face. The woman pulled the trigger, and the Gold’s helmeted head snapped, a puff of red mist exploding from the back. The teen girls on either side pulled small hand guns, each unloading into the guards to their fronts.

“Give them cover!” Clem shouted, finally back to his senses. He pivoted hard on his elbows and centered his optic on the alien in the turret. Before he could pull the trigger the top, of the vehicle exploded in bright yellow flames. The alien flailed, its blue and red suit engulfed in flame. Clem exhaled and pulled the trigger, the round tearing through the alien’s armor. He heard Masterson’s machine gun open up behind him, ripping rounds into the aliens in reserve, cutting them down as they ran forward toward the civilians; easy targets in the open and swallowed in the flames of the burning vehicle.

Clem pulled his eye back from the scope, working the bolt as he searched for more targets. He saw the women now scattered across the road front. The rolling suitcase open and revealing bottles stuffed with rags, the women were showering the vehicle with Molotov cocktails. The heavyset woman stopped over each downed creature, finishing them with a single shot to the head from the revolver while the teen girls swarmed over the dead, removing equipment.

With all of the aliens down, Clem eased off the trigger. He looked to Masterson who was already on his feet and bounding ahead toward the ambush site. Clem pushed himself to his knees and gathered his equipment. He made another quick scan of the area before moving down, watching the crumpled alien forms as he approached.

The women on the road took notice of the approaching men. The heavyset woman pulled a second handgun from her belt and leveled it at Masterson who quickly put up his hands and slowed his approach. “All on the same side here,” Clem shouted, closing the distance. “I’m Clem; this is my buddy, Matt. Mind telling me who you all are?”

The woman lowered her weapon and grabbed the gold-sleeved body by a wrist, straightening its arm. Another female stepped from the back and, using a long blade, slashed down, removing the dead alien’s hand.

“What are you doing?” Clem asked.

The woman turned to face him. She stopped and opened what looked like a velvet bag attached to the gold-sleeved creature’s hip. She dumped its contents onto the road. The saucer shaped devices clanging as they spilled out. “These are some type of mind control devices. Only a guide’s hand can remove it once it’s in place.” She pointed as another woman used the dead aliens hand to remove the saucer from the elderly woman’s head.

The women quickly circled back around the blanketed woman, the teen girls holding bags stuffed with goods, the roller suitcase now re-filled with the alien rifles. She looked at Clem and Masterson then down at a stopwatch hanging around her neck, “I’d be happy to speak to you, but we have to get off the road. They’ll have called for backup by now.”

An explosion roared from the north. Clem turned to see a mushroom cloud forming over the distant trees. “We were ready for their back up,” Clem said. “Mind telling me who you all are now?”

Before she could answer, an open-backed pickup truck raced onto the road from somewhere in the woods. The women quickly tossed their goods into the back and piled in.

“You can call me Ruth,” she said, tossing her blankets into the truck and pulling herself into the back.

“Now you all coming or just going to stand here with your thumbs up your ass?” the woman shouted. 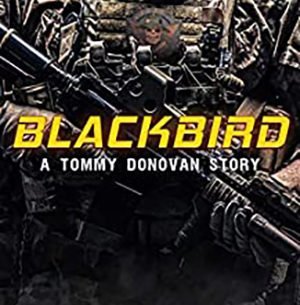